At James Cardiff Locksmith one of our many services that we provide non-stop around the clock is opening vehicles. This Ranges through all the major makes of Cars and Vans. As we operate non - stop we aim to have you back in your car or van as quick as possible with the least amount of disruption to your day evening or night, Auto Car Locksmith In Cardiff

There is no feeling like it, of being able to see your keys in your vehicle but having no way in getting to them other than destructive entry of smashing the glass. In this case smashing of the glass would cost a few hundred pound to replace but our service offers entry to the vehicle within 20 minutes on average and is the cheaper option with no cleaning up.

We are Cardiff Emergency Car Locksmith

We hold the latest tools to get that vehicle you locked open, which starts from laser precision picks to basic bypassing of the lock. Which way we decide to use will open the vehicle in the shortest time.

Car locks are made slightly different to normal house locks. A normal rim cylinder lock in your house is made up of roughly 5 to 6 tiny pins. Were as Car locks have many different styles to how they are made.  The normal way which most older cars have is that they are made up of Wafers, Wafers come in many shapes and sizes, and can range in numbers dependent on the vehicle. Wafers for cars and vans are mainly double sides as this increases security to the vehicle.

Another lock which is common for vehicles is the disk detainer lock, This lock is mainly found on Ford vehicles such as Transits and Focus. This lock is made completely different from usual locks as it works via moving disks. This is known as the Ford Tibbe Key. Newer Cars and Vehicles need special adapted tools which one tool will only suit one make of car, These tools are made from top precision enginnering as new locks for vehicles are made from higher graded moving parts and are not as easy accessible to open like older locks. 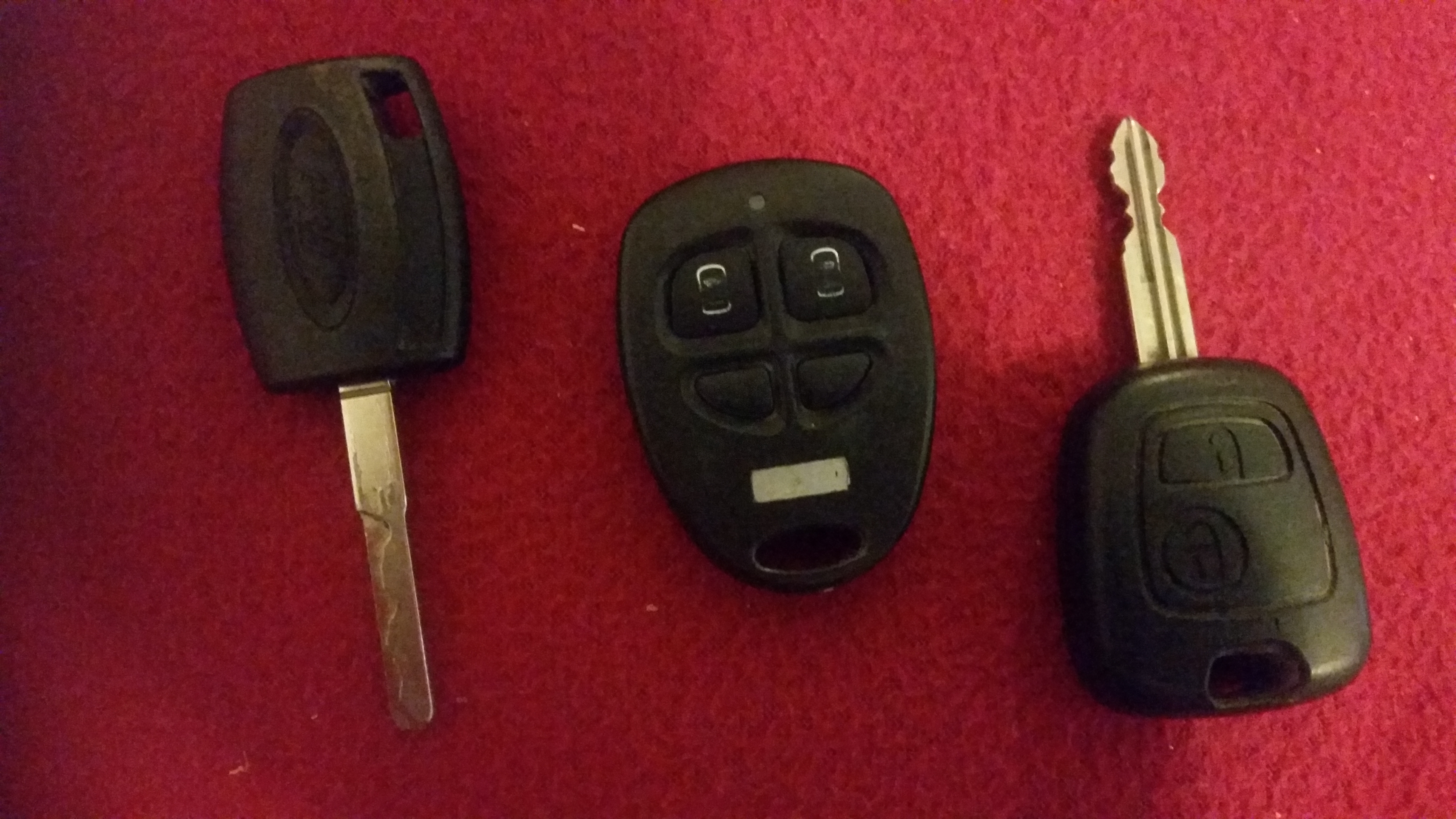 New Keys for Cars vans and Auto mobiles which have most recently been made need to be programmed direct to the Car through specialist diagnostic equipment this is some thing which James Cardiff Locksmith specialises in. We operate this locksmith technique in and around Cardiff, Newport, Penarth, Barry and all surrounding areas.

60% of todays modern cars can be programmed through specialist ports within the cars interior which allows auto locksmiths to make a lost key situation  easy profitable for them selves which also makes you a very happy customer en-ableing you to be back on the road within a few hours after happily having a good service of a lost key situation from a locksmiths service.

40% of todays cars hold firewalls in the way and have security devices which won't allow you to have communication with the cars ecu to program a new key into the car without having an existing one. This is what separates our Cardiff Locksmiths service from the rest we offer more chances of getting your Car or van started and opened in an emergency  than many other locksmiths services in our area as we have a vast amount of different lost key situations for many cars. These Range up to BMW's of 2011 and many other top of the range cars such as Audi Q7.

In any locksmiths Emergency were you require our help we will also offer a quick emergency time to  get to you within.  Wether it be Locked out of your Car and Keys are in the boot or it may be Lost keys or even Keys have been stolen and you require a new key and all previous keys to be deleted from the Cars memory.  07967725135 James the Locksmiths who always try to help. We also run a new service which our highly skilled locksmiths do which is the Slam lock Opening which are one the majority of Courier and Builders Vans.

There Are 3 Types Of  Keys for Cars

Laser Cut Keys - Found on new type auto mobiles or Cars. These were introduced to cars due to the weakness of previous types of keys. These are cut with a specialist machine to required depth and length. Laser cut keys do not get cut by a laser machine but are cut on a specialist machine, The name laser cut only refers to the type of the key due to it being looked like it had been cut with a laser.  These keys can be cut to code from a code given in your handbook. If no code is present we can either contact the manufacture direct on your behalf or pick the lock to get the code immediately. James Cardiff Locksmith can do replacement Car Keys for a wide range of vehicles. 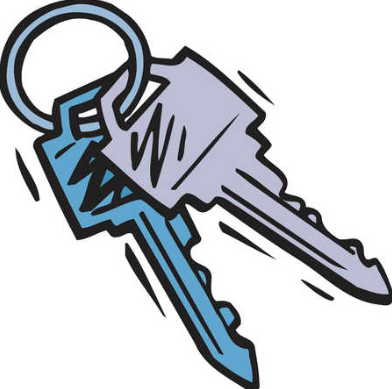 fashion due to most laser cut keys having the privilege of being a flip key.  Side cut keys are cut using a different type of machine to laser cut keys. James locksmith Cardiff are able to cut these keys on the spot if ever required from an existing key. Like laser cut keys there should be a code in the vehicles handbook which resembles the cuts for the keys if in any instance you lost all keys for your vehicle or If no keys can be copied and no code is available we your locksmith in Cardiff can contact the manufacture directly on your behalf and request the code and make up a new key for yourself. James Your Locksmith in Cardiff can make these keys for replacement at the roadside 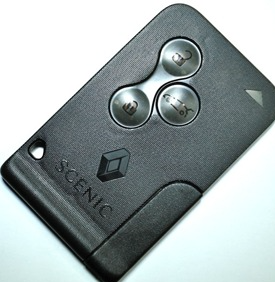 also be found on some of the lower budget vehicles such as the Renault Megane. The Megane's Keyless entry Card is for ever suffering with defects on the card which either needs replacing or repairing some time in each and every cars lifetime. As this type of entry keyless entry and start is on a card which is plastic it tends to bend when in your pocket which either breaks the whole of the components inside the card, or snaps 1 or 2 of the prongs connecting the motherboard to the battery which makes the card inactive. These types of cards work completely off frequency rather than key cuts in a key with a transponder like the majority of keys for cars.

These are very common in vehicles and all newly made vehicles will hold one and even older cars and vans. Immobilisers can be very good to have as if someone gains access to your vehicle and tries to start it, the Immobiliser realizes that the key fob is not present and Immobilises the vehicle from starting. There are loads of good facts to why all vehicles should have an Immobiliser fitted but the negative point of having one is that, If it breaks down and fails to work properly then you are unable to start the vehicle and it can be an expensive fix from a garage. We Can also Change Car Locks at the roadside

James Cardiff Locksmith is one of the fastest growing locksmiths in Cardiff as we try our best to keep solely to Emergency locksmith work in Cardiff we have newly updated our skills. One of the newly skills which we have currently updated is key programming. which now allows us to take on Mercedes Benz keys. One of the best locksmiths in Cardiff can now come to you whether be home work or at road site in a desperate Emergency to program you a new key to your Mercedes Benz whether you have lost the only key you had or to program you in a second.

Cars And Vehicles We Unlock in an Emergency by our Locksmiths 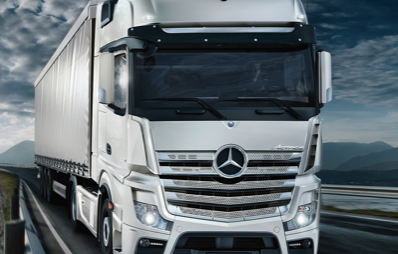 Each make of car holds its own indepnedent key profile which makes them unique such as vauxhaul is HU100, Ford is HU101, Peugeot is VAT2, Audi is HU66 and so on and so on for the rest of the makes. The Key profiles can be the same for a couple of makes. The HU66 can also be the profile for Seat, Volkswagen and Audi. Hu101 can not only be the key profile for Ford but also Range Rover. Each profile of key holds its own characteristic like thickness, width, length and how many cuts need to be placed into in to match the wafers of the lock. For example a Hu101 key blank needs to have 10 cuts to match 10 wafers in the lock while a HU100 needs to have 8 cuts to match 8 wafers in the lock. We are the Auto Locksmith Near you.

As James Cardiff locksmith is one of South Wales largest independent Auto locksmith in Cardiff companies we provide a Auto Emergency Callout. You can call James Locksmith Cardiff 365 days a year 24 hours a day we only provide our mobile number. Please call us anytime 07967725135. This makes it possible for customers to always get through to us in that desperate emergency time were you and they will require our help and service.